Taiwan has fired warning shots for the first time to drive back drones that flew over its outlying islands near China.

Taiwan's defence ministry said the three drones were seen flying back towards the Chinese mainland.

Taipei has in recent weeks complained of Chinese drones flying close to its islets near the Chinese mainland.

Taiwan has reported an increase in drone incursions after China launched huge military drills in a show of force after Mrs Pelosi's visit.

President Tsai Ing-wen has labelled some of the drone missions - which have flown over military outposts -as a type of "grey zone" warfare activity.

The Kinmen Defense Command said three civilian drones were spotted on Tuesday evening in Dadan, Erdan and Shiyu - three Kinmen islets that are just a few kilometres away from the Chinese city of Xiamen.

It added that it fired warning flares, before firing a live round at a returning drone. The drones eventually headed towards Xiamen. 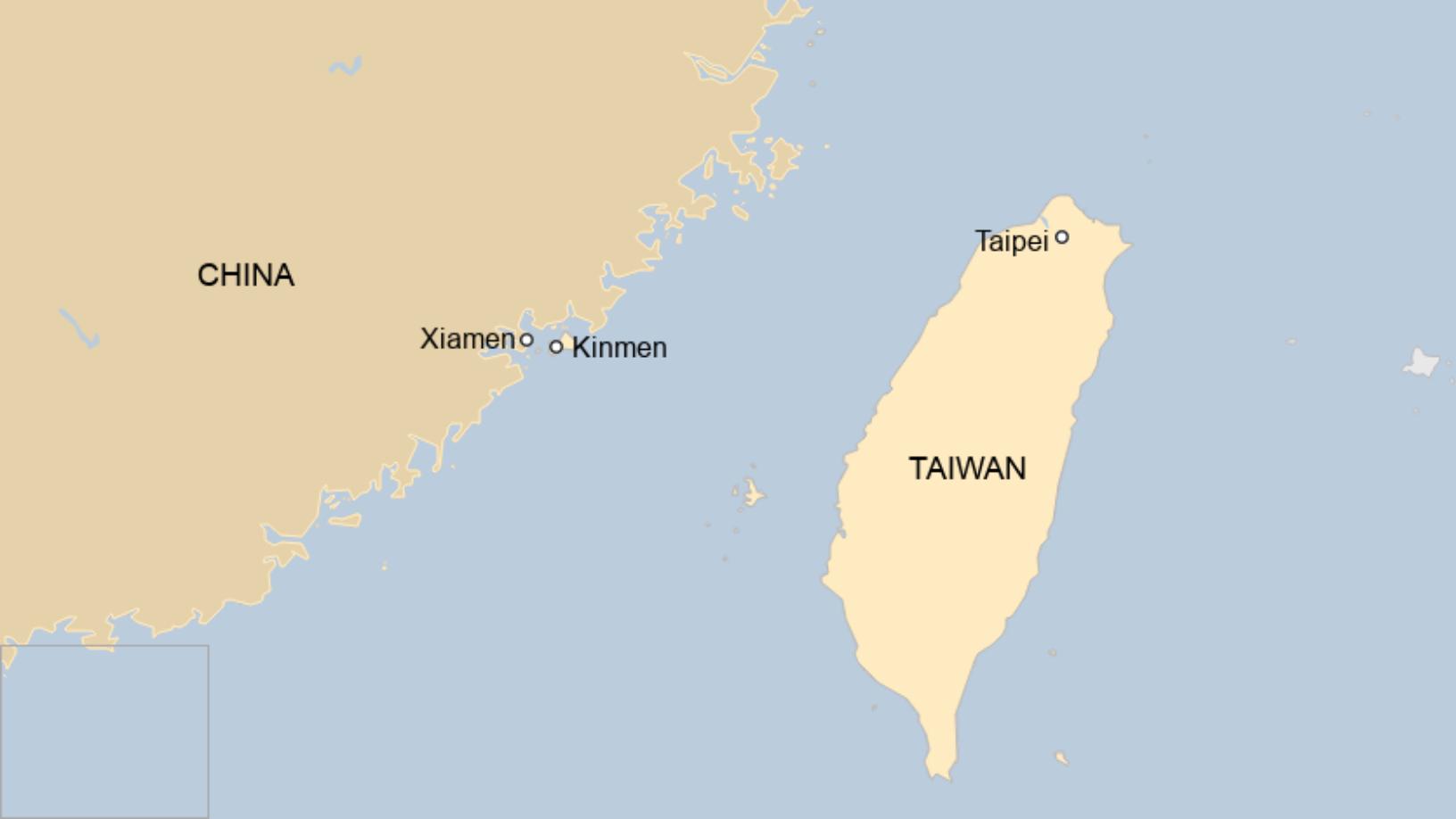 China is yet to respond to the latest report from Taiwan. But Beijing earlier this week dismissed complaints from the island asserting repeated harassment by Chinese drones.

"Chinese drones flying over China's territory, what's there to be surprised at?" said foreign ministry spokesman Zhao Lijian on Monday.

In mid-August, leaked drone footage of Taiwanese soldiers throwing rocks at the machines in a bid to drive them back, was widely circulated online. The video stoked widespread ridicule and mockery on Chinese social media.

On Wednesday, Taiwan also said it was prepared to "counter attack" in the future if Chinese planes and ships entered its territorial space.

China carried out its biggest-ever military exercises around Taiwan in response to Mrs Pelosi's visit in early August. Over a week, it sent missiles, fighter jets and warships into spaces claimed by Taiwan.

Taiwan's government accused Beijing of using those military drills to prepare for an invasion.

China saw Ms Pelosi's visit as a challenge to its claims of sovereignty over Taiwan, which sees itself as distinct.