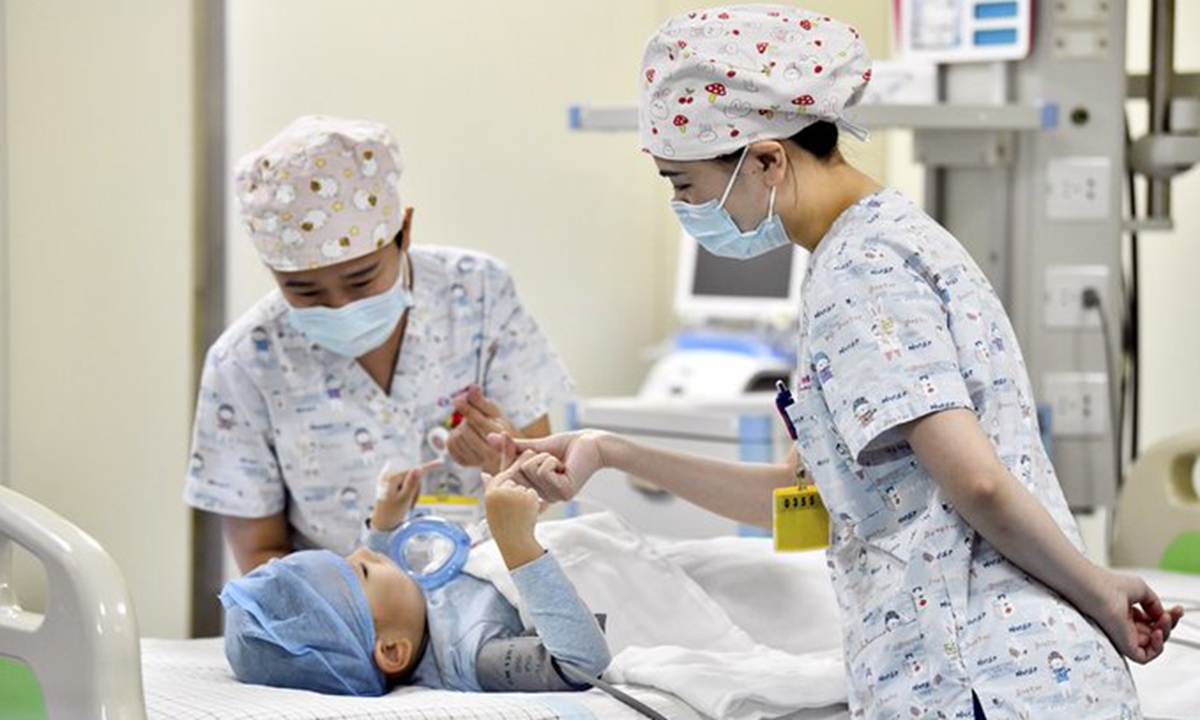 Medical workers encourage a 4-year-old child diagnosed with spinal muscular atrophy after the injection of Spinraza at a hospital in Zaozhuang, east China's Shandong Province, Jan. 1, 2022. China is striving to improve the diagnosis and treatment of rare diseases. (Xinhua)

Chinese scientists have identified a new gene, the deficiency of which may lead to a rare, life-threatening blood disease called hemophagocytic lymphohistiocytosis (HLH).

The illness typically occurs in early childhood, with stem cell transplantation being the only definitive curative therapy. Previous studies have found 12 risk genes, but they can explain only a small proportion of the HLH cases.

Now a new study, the findings of which were published in the Journal of Hematology & Oncology, may help doctors to screen the high-risk populations of the genetic disease and raise the early diagnosis and treatment rate.

Using whole-genome sequencing technology, researchers from the Beijing Institute of Genomics under the Chinese Academy of Sciences and Beijing Children's Hospital of the Capital Medical University, identified a novel gene called NBAS in Chinese patients with HLH.

According to the study, which covered 237 cases, the estimated frequency of NBAS variants among the child patients was 2.11 percent, making it the second most frequently mutated gene. The first one called PRF1 has a mutation rate of 3.8 percent.

The research is the latest example of China's intensified research efforts to rescue millions of patients with rare diseases in the country.